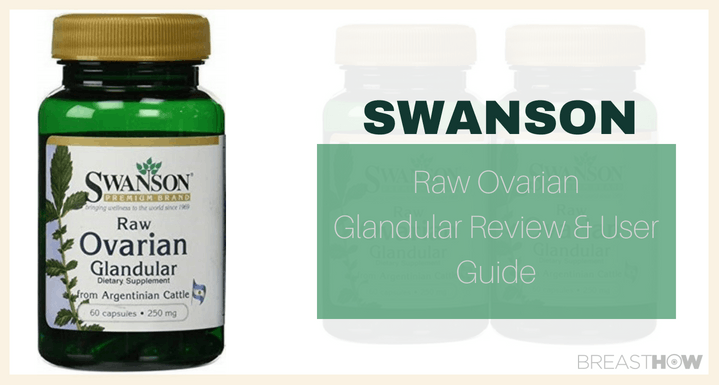 Swanson ovarian glandular is based on a similar principle like Homeopathy. The glandular are regarded as significant substances for supporting and strengthening the function of certain body tissues. The Swanson Ovarian Glandular is derived from the porcine or bovine sources. It is freeze-dried so that the nutrients, enzymes, and vitamins of the tissue can be preserved. The work of Glandular is to nourish the target body tissue or the organ. The Swanson Raw Ovarian Glandular will also help in the regeneration and rebuilding of tissue. It helps to maintain its optimum operational form.

The Swanson Ovarian Glandular pills are composed of ovarian tissue derived from bovine. These pills were manufactured along with many other targeted glandular products.

The Swanson Ovarian Glandular pills especially target the women to support their endocrine glands meaning their ovaries. The natural ovarian hormones are important for the promotion of puberty in adolescence stage while a woman matures with the interaction of hormones of uterus, thyroid, ovary and pituitary. If this female gland is not functioning at its optimum level, then the women are expected to experience a reduction in their fertility and libido. Also, at about the age of 50, the ovaries decline in their performance that eventually causes menopause.

In such case, glandular containing the ovarian tissue can help to rebuild and regenerate the function of ovaries.

By adding the Swanson Raw Ovarian Glandular supplements to your diet, you will receive the following benefits:

For the women, normally it is recommended that they take one capsule of Swanson Raw Ovarian Glandular 250 mg daily along with a glass of water. However, one must always consult doctor.

Swanson Ovarian Glandular is a good manufacturer of bovine ovary since they source the bovine ovary from Argentinian cows which are good quality cows and their laboratories are also established and operated up to the standard. Therefore, the product is safe to use and the science of glandular therapy is also expected to produce results. However, care should be taken and professional care should be consulted in case you experience any sort of side effects.

The Breast How was founded with one goal: “Breast Health Care”. We work towards this goal by providing education, resources and solutions to the women who cares. Join community to get updates.